At the DConf 2018 Hackathon, I announced that the D Language Foundation would be raising money to further the development of the suite of tools comprising code-d, the Visual Studio Code plugin. The project is developed and maintained by Jan Jurzitza, a.k.a. Webfreak001. 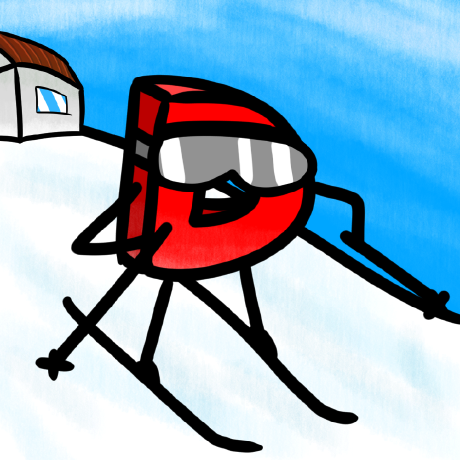 The plan was that if we reached $3,000 in donations on our Open Collective page, we’d make the money available to Jan. When we finally reached the goal, I was quite happy to tweet about it:

Thanks to a burst of donations in the past few days, we’ve hit our goal at the #dlang Open Collective to support the code-d/serve-d for VS Code. Great work, everyone! Details to come. https://t.co/T1KtXJS7gL

Jan and I still hadn’t finalized the details at that point, but we finally got it all sorted a few days later. Before I show how we’ll be using the money, I’d first like to talk about why we’re doing this.

As the D programming language community has grown, so has the amount of work that needs to be done. Since D is a community-driven language, much of the work that gets completed is done by volunteers. Unfortunately, the priorities for those who actively contribute aren’t necessarily aligned with those of everyone else, and this can lead to some users feeling that there is little progress at all, or that their concerns are being deliberately ignored. That’s just the nature of the beast. More potential pain points and unfulfilled wishlists means there’s a continual need for more manpower.

Therein lies one of the most fundamental issues that has plagued D’s development for years: how can more people be motivated to directly participate so we can keep pace with the consequences of progress?

To be clear, everyone involved in the core team is aware that lack of manpower is not the only negative side effect we suffer from growth, but it is certainly a big one. Part of my role these days is to figure out, along with Sebastian Wilzbach, ways to mitigate it. My inbox is littered with conversations exploring this topic, along with recommendations from Andrei to research how other projects handle one thing or another for inspiration.

To that end, in early February I launched the #dbugfix campaign with the goal of increasing community participation in the bug fixing process by providing a simple way for folks to bring attention to their pet peeve issues (keep it going people – participation has slowed and we need to pick it up!). We also announced the State of D Survey, initiated by Seb, at the end of February to get an idea of what some of the personal pain points are and where people think things are going swell. We’ve got other ideas in development, one of which I’ll be telling you about in the coming days.

Among the data that jumped out at us from the survey is that Visual Studio and Visual Studio Code were the most popular IDEs/editors among participants. The plugins for both Visual Studio (Visual D) and VS Code (code-d/serve-d/workspace-d) are each maintained by solo developers.

That’s a heavy workload for each of them. Look at the issues list for code-d and you’ll find several there (39 open/132 closed as I write), but the PR list is much shorter (1 open/21 closed as I write). What I infer from that is that the demand for improvements is higher than the supply for implementing them. And from personal experience, I know there are projects like code-d whose maintainers would love to add new features, or improve existing ones, but simply can’t (or aren’t motivated to) make the time for it.

Here then is a good place for a little experiment. What if the D Language Foundation started raising money to help fund the development of specific projects like code-d? By creating the opportunity for those with extra money but little time to directly contribute toward fixing their personal pain points and shrinking their wishlists, can development be focused toward getting bugs fixed and improvements implemented more quickly?

Long story short, I picked the VS Code plugin for our trial run because it was prominent in the survey data, it’s cross-platform, and the serve-d component can be beneficial to other IDE/editor plugins. Open Collective launched their goal system just as I was trying to determine how best to go about it, so it seemed the obvious choice (though we didn’t learn until after our announcement that it wasn’t the system we thought it was, i.e. it’s not a system of multiple, targeted fund raising goals but instead a milestone on the global donation progress bar at the top of our Open Collective page). I contacted Jan just before DConf to gauge his interest, then finally had a meeting with the Foundation board the night before the Hackathon to get approval and decide how to go about doling out the money (we decided the money should be paid out in increments based on completion of milestones, with the option to provide money as needed for targeted development costs, e.g. a Windows license, bug bounties, etc). It all came together fairly quickly.

We plan to continue this initiative and raise money for more work in the future. Some will be like this trial run, with the goal of motivating project maintainers to focus development and spend that extra hour or two a day to get things done. Some will be aimed at specific development tasks, as bounties or as payment for a single part-time or full-time developer. We’ll experiment and see what works.

We won’t be using Open Collective’s goals for this (or any other service) going forward. Instead, we’re going to add a page to the web site where we can define targets, allow donations through Open Collective or PayPal, and track donation progress. Each target will allow us to lay out exactly what the donations are being used for, so potential donors can see in advance where their money is going. We’ll be using the State of D Survey as a guide to begin with, but we’ll always be open to suggestions, and we’ll adapt to what works over what doesn’t as we go along.

As long as there are people willing to put either time or money into the D language, community, and ecosystem, this will surely pay off in the long run with more visible progress, hopefully solving a wider range of pain points than currently happens in our “what-I-want-to-work-on” system of community development. We’re looking forward to see the synergy that results from this and other initiatives going forward.

Jan has some specific ideas about how he wants to improve his plugin tools and was happy to take this opportunity to put them all front and center. I asked him to make a list, then estimate how much time it would take to complete each task if he were working on it full time, then divide that list into roughly equal milestones of 3–4 weeks each. That does not mean he will be working full time, nor that each milestone will take 3–4 weeks; payment is not dependent on deadlines. It was simply a means of organizing his task list.

We ended up with two sets of tasks as a starting point and agreed to a $500 payout upon completion of both milestones. Once all the tasks in a milestone are completed, the $500 will be paid. At the end of the second milestone, we’ll determine what to do next – another milestone of feature improvements, a heavy round of bug fixing, or something else – and how to make use of the remaining $2000.

Following is a list of the tasks in both of the initial milestones, with a brief description of each directly from Jan (lightly edited).

Thanks again to all of the donors who pushed us over the goal line for this. Though we realize not everyone will be entirely pleased with the milestone list, and that it would have been better if we had finalized everything before asking for donations rather than coming at it haphazardly like we did, we hope that most of you find more here to like than not.

It will be a little while yet before we set up the new system and announce the next goal, as we’ve got other initiatives taking priority at the moment. So please be patient. We haven’t forgotten about the State of D Survey, nor are we going to let the results sit and bitrot. This train may be slow sometimes, but it’s rolling on.

Support the D Language Foundation by shopping at the DLang Swag Emporium!

Support the D Language Foundation with a direct donation!

You can find out more about which cookies we are using or switch them off in settings.

This website uses cookies so that we can provide you with the best user experience possible. Cookie information is stored in your browser and performs functions such as recognising you when you return to our website and helping our team to understand which sections of the website you find most interesting and useful.

Strictly Necessary Cookie should be enabled at all times so that we can save your preferences for cookie settings.

If you disable this cookie, we will not be able to save your preferences. This means that every time you visit this website you will need to enable or disable cookies again.